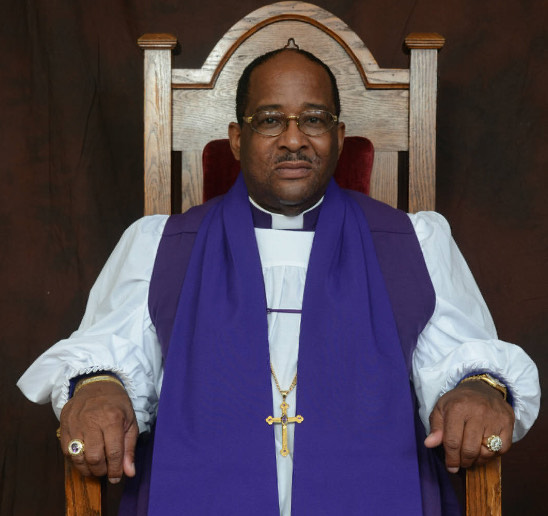 Bishop William S. Wright Sr. is a native Memphian, born November 16, 1955, to the late Henry and Angie Wright. He is the youngest of seven children, and also a third-generation member of the Church of God in Christ. Bishop Wright and his wife Debrah have been married since July 27, 1974. They are the proud parents of two children, a daughter Kenitra Wright and a son, now deceased, William S. Wright Jr.

Bishop Wright organized the Liberty Church on July 13, 1990, with 4 members. Since that time the ministry has grown tremendously under his leadership. The Liberty Church is one church in two locations at 544 E. Raines Road and 5478 Newberry Ave. in Memphis, TN. Liberty Church has an active membership of 730 members.

Bishop Wright is the Host of the “Need for Liberty” Radio Broadcast that airs Sundays @ 11AM CST on the Bishop William S. Wright Radio Network (USA/WORLD) which is a subsidiary of Finding My Way Radio Networks (USA/WORLD) in which he is the CEO & Founder. He has also maintained a radio broadcast since Oct. 6, 1990. He currently can be heard on WBBP 1480am Memphis, TN @ 3:45PM Monday thru Friday. Since July 1995 he has maintained a television broadcast. In the tri-state region he can be seen on Newport Media Network WATN 24 Sundays @ 6:30AM, and on Good News TV Channel 23 @ 7:00AM and 8:00PM, and Mondays @ 6:00PM all central time.

Bishop Wright also serves as the Prelate of the Tennessee Southwest Jurisdiction with the Headquarters in Memphis, TN.